In years 1618 – 1648 a conflict took over the whole area of Europe which entered the history as the Thirty Years’ War. The conflict was a culmination of long-lasting religious-power disputes between the lands of the Catholic and Protestant camps. With the throwing out of the Imperial vicegerents from the windows of Prague Castle on 23rd May 1618 the first phase of the Thirty Years’ War, called Bohemian War (1618 – 1620).

The first period came to its end by the defeat of the Bohemian non-Catholic estates in the Battle of White Mountain on th November 1620. Other military operations took place on the area of Germany in the regions of Upper and Lower Pfalz and from the military point of view we speak of so called Pfalz War (1620 – 1623). In the third phase of the conflict the lead of the opposition against the Habsburgs was taken by Denmark and this period is called Danish War (1625 – 1629). In 1630 a new coalition against the Habsburgs is founded and in its lead there is the Swedish king Gustav II Adolf and the fourth phase the fighting is called Swedish War (1630 – 1635).

The last period of the Thirty Years’ War was took place in 1635 – 1648. The coalition against the Habsburgs was joined by France led by Cardinal Richelieu and this phase is, according to the newly concluded alliance between Sweden and France, called Swedish-French War.

During the final period of the war the Bohemian Lands became again the site of the military operations. On 6th March 1645 the Swedish and Imperial armies clashed in one of the bloodiest battles of the whole Thirty Year’s War, in the Battle of Jankau.

During 1644 in Münster and Osnabrück the peaceful negotiations were initiated in which the Swedish Kingdom tried to gain as many advantages as possible before the final conclusion of the definite peace. That is why in late January 1645 the Swedish army led by Marshal Lenhart Torstensson entered again the Bohemian Lands. The Swedish commander intended to join the troops of Prince of Transylvania George Rákoczi and to endanger directly Imperial Vienna.

In early February 1645 the Torstensson’s army reached the city of Kadaň and they proceeded further across Western Bohemia towards the inland. Slow movement of the Norther army enabled the Emperor Ferdinand III to gather enough military power, led by the Marshal Melchior von Hatzfeld. The Imperial army was further strengthened by the helping Bavarian force of the General Werth and from Hungary by the quickly called troops of the Marshal Götz.

Both belligerent armies clashed at each other for the first time on 26th February near Horažďovice where they were separated from a direct confrontation by the Otava River. Neither of the parties wanted to risk a difficult crossing of the river and the Swedish army, gradually manoeuvring, started to move further to the East. On 2nd March the Torstensson’s troops crossed successfully the Vltava River not far from Orlík Castle and continued towards the North-East. The Imperial managed to overtake them thanks to a fast march the advancement of their enemy and the Marshal Melchior von Hatzfeld decided to block the enemy’s way to Moravia not far from the village of Jankau, approximately on the half way between Votice and Louňovice pod Blaníkem.

Course of the Battle of Jankau

On 6th May 1945 in the morning hours the Battle of Jankau took place. During the previous day the marshal Tortensson thoroughly reconnoitred the terrain and instead of the tactics of frontal clash of two lines he decided to attack the left wing of Hatzfeld’s armyfrom its side across the frozen ponds. The commander of the left wing of the Habsburg army, marshal Götz had an impetuous reaction to the Swedish movement and without any proper reconnaissance of the terrain he started his attack with his cavalry in a narrow space surrounded by dense forest and ponds. Nine of Götz’s cuirassier troops got hopelessly stuck in a hardly accessible terrain gorge and were decimated by heavy firing of the enemy artillery. The following Swedish counterattack finished the destruction of Götz’s troop and the marshal himself died in the fight.

The right wing of the Imperial army which was commanded by the general Johann von Werth tried to go around the impassable forest, they however, also ended in heavy firing of the Swedish artillery and was forced to withdraw.

During the midday the situation on the battle field of Jankau was getting really critical for the Imperial army. The Imperial troops were withdrawing along the whole line, the Hatzfeld’s troops, however, managed to rearrange themselves and to stop the Swedish attack. Habsburg marshal sent into the fight the Bavarian cavalry which together with a part of the foot troop attacked the left Swedish wing.

In the heavy fight several Imperial troops managed to go around the enemy positions and to get to the Swedish rear. However, instead of attacking Torstensson’s troops the soldiers started to plunder the enemy’s camp. The Imperial officers were not able to force the plundering mercenaries to further fighting which gave the marshal the necessary time so that he was able to rearrange his troops against the plundering soldiers and with a fast counterattack he got back the terrain.

The following frontal attack forced the rest of the Imperial troop to flee definitely from the battle field. The Battle of Jankau ended with an absolute victory of the Swedish army.

The Marshal Torstennsson achieved a crushing victory over the Imperial army in the Battle of Jankau. The Habsburger army lost almost 4,000 men, including the Marshal Götz. Nearly the same number of the soldiers were captured by Swedes, including the Marshal Hatzfeld and five other generals. The General Johann de Werth fled with the rest of the Bavarian troops via Tabor towards Bavaria. The Emperor Ferdinand III, who was staying in Prague in that time, was forced, under the pressure of the events, to leave the city and move quickly to Austria.

The victory in the Battle of Jankau enabled Swedes to continue in their campaign to Moravia. There was only one last obstacle, the city of Brno. The more than three months lasting unsuccessful siege of Brno reduced the consequences of the Jankau defeat and did not let Torstensson to bring his military campaign successfully to its end. The Emperor Ferdinand III gained the necessary time to form new military troops and saved Vienna from imminent Swedish siege. 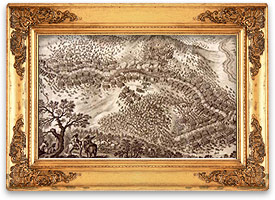 (*1603 – † 1651),
Swedish commander and Count of Ortala. In years 1628 – 1629 he took part in the army of Gustav II Adolf in a military campaign to Germany. In 1631 he was captured by the Habsburgs and spent nearly a year in prison under very unsatisfactory conditions in Ingolstadt, in consequence of this his rheumatism got worse and handicapped him for the rest of his life. After the death of Marshal Banér Torstensson became a commander-in-chief of the Swedish army and a general governor of Swedish Pomerania for years 1641 – 1646. At the same time he was promoted to the rank of the field marshal.

A year later Torstensson as the leader of the Swedish army invaded via Brandenburg and Silesia Moravia and conquered all the important fortresses and after a four-day siege he also captured Olomouc. In October 1642 he defeated the Imperial troops in the Battle of Breitenfeld and in the following year he successfully fought off the attacks of the Danish army which in-between entered fighting against Sweden.

In January 1645 the Swedish marshal began a military campaign into Bohemia with the aim to seize Moravia and directly endanger Habsburg Vienna. On 6th March 1645 Torstensson crushingly defeated the Imperial army in the Battle of Jankau which provided a free way for his troops to Moravia. After unsuccessful attempts to get across the Danube and to attack Vienna, Torstensson focused his attention to the largest Moravian city of Brno.

Thanks to the brave defenders Brno was able to resist the siege for more than three months and Torstensston was forced, under the pressure of the Swedish army, to withdraw his troops from Moravia and go back to Silesia.

His illness (gout) which was getting worse, forced Torstensson in 1646 to give up the high command of the army. After his return to Sweden in 1651 he dies in Stockholm.

(*1593 – † 1658),
Imperial field marshal. In 1641 he was promoted to Count of Hatzfeld and Gleichen. During the lost Battle of Jankau he was captured by the Swedish army. In 1646 he ended his service in the Imperial army and further he engaged on the side of Poland in fighting against Sweden.

(*1599 – † 1645 Jankov),
Imperial field marshal. In the Battle of Jankau he underestimated the reconnaissance of the terrain and he made several serious tactical mistakes which resulted in total decimation of nine of the cuirassier troops which he commanded. Marshal Götz died in the battle and his name was the basis for a later folk saying which stands for an infamous or humiliating ending, or “to end like Kec at Jankau”.

(*1591 – † 1652),
general of the Imperial cavalry. In 1620 he took part on the side of Ferdinand II in the Battle of White Mountain. As a general he significantly got engaged on the side of Habsburgs in Swedish-French phase of the Thirty Years’ War. After the lost Battle of Jankau he managed to flee via Tabor to Bavaria with a part of the army. 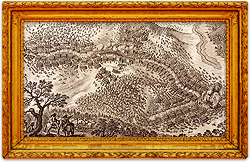 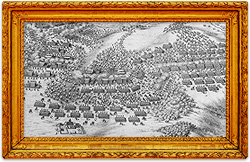 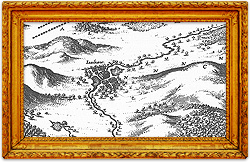